Unscientific, emotion-laden outbursts and blatant, profit-driven lies blur the lines between vaccine truths and myths in the media. Fortunately, the population is waking up by taking research into their own hands.

Many doctors just regurgitate what they’ve been spoon-fed in pharmaceutical-sponsored medical schools. Many doctors and educated people come to learn the truth about vaccines when a life event forces them to do so. As a doctor and a mother, I am sharing the results of my personal vaccine truth-finding mission.

When I entered medical school, my physician mother shared alternative literature about vaccines – which I was reluctant to look at. She insisted that I learn more than what I was taught in medical school and residency, where

I was told to adhere to the current “standard of care” without question. The growing, sick feeling in my gut became harder to ignore as I witnessed strapped-down, infant boys being circumcised without anesthesia (screaming in pain) and myself giving multiple vaccines at well-child checkups without knowing what risks or benefits they may hold for this child.

The pro-fluoridation presentations were limited to the usual rhetoric, none of which was supported by facts. They merely parroted the consensus of organizations who had erroneously endorsed fluoridation without any scientific grounds. Remember that smoking was also once endorsed by the AMA?

As I approached motherhood myself, I conducted my own research into vaccines. I was shocked to learn that the ‘conventional wisdom’ I was taught was not based on well-supported scientific evidence and sound research. Medical safety studies were insufficient or nonexistent. Med school was teaching assumptions and doctrines as fact.

Disease: According to Dr. Susanne Humphrey in Dissolving Illusions, vaccines have been credited with the eliminating diseases, but the data does not support this. The decline of many infectious diseases preceded the introduction of vaccines – sometimes by decades. By the time the measles vaccine was introduced in 1963, measles had already declined to its current prevalence 20 years prior. The true reasons for the decline in infectious diseases were better living conditions, like running water, less crowding and an increased priority on hygiene. It is illogical to think these diseases would increase without vaccines.

Advisory Board’s Integrity: Patients and doctors want to believe that the agencies created to advise, research and guide us in decisions of choosing health options for ourselves and our children are doing just that; unfortunately these agencies’ alliances are not with patient’s health but with their own profits from the drugs and vaccines they are supposed to regulate. Scientific studies, manipulated in favor of profits, throw the principal of “First, do no harm” out the window.

The pharmaceutical industry is the largest abuser of rights of the federal government under the False Claims Act. Over the past five years, they have been fined $19.2 billion for attempts to bring ineffective and malfunctioning products on the market – including vaccines. The controversial Measles Mumps Rubella vaccine (MMR), which was found in court several times to cause autism has come under new scrutiny as its manufacturer, Merck, is now facing two lawsuits for deliberately falsifying study outcomes to make the vaccine look effective when actual outcomes suggest otherwise.

According to Barbara Loe Fisher, the president of the National Vaccine Information Center (NVIC), “On Aug. 27, 2014 a senior scientist at the Centers for Disease Control and Prevention (CDC) publicly admitted that he and other CDC officials, including the current CDC’s Director of Immunization Safety, published a study about MMR vaccine safety in 2004 that ‘omitted statistically significant information’ and ‘did not follow the final study protocol.

Congress declared vaccines to be “unavoidably unsafe” creating the National Childhood Vaccine Injury Act in 1986, which does nothing to protect children but shields the vaccine manufacturers from liability for any damage caused by their vaccines. In 2011 The U.S. Supreme Court ruled again that vaccines are “unavoidably unsafe.” The National Vaccine Compensation Fund(NVCP) was created to compensate vaccine-damaged children from taxpayer funds, rather than vaccine manufacturers’ profits. It has paid out over $3.1 billion to severely vaccine damaged patients from 1998 to 2015 with at least 1,943 cases still pending. Further, the Association of American Physicians and Surgeons estimates only 10% of vaccine adverse reactions are reported to the Vaccine Adverse Event Reporting System (VAERS), and the real numbers are much higher.

To be preemptively exonerated from any liability does not give the manufacturing industry any incentive to try to produce safe and effective vaccines. Since no one can hold them accountable, is it any surprise that they are not?

The measles’s vaccine alone has caused 98 deaths in the US since 2003 while the actual measles disease has caused none. According to a study that investigated the VAERS database from 1990 to 2010, “Our findings show a positive correlation between the number of vaccine doses administered and the percentage of hospitalizations and deaths.” Another study finds that most adverse drug reactions are related to vaccines. Between 1963 and 1999, millions of healthy children got infected with the oral live polio vaccine causing paralysis and death in many.

The flu shot, notorious for its ineffectiveness, is completely experimental. It is never tested for efficacy nor safety before it goes on the market. The CDC admits that the last year’s flu vaccine was again a failure, providing efficacy in up to 60% of patients, with other experts estimating efficacy as low as 0-7 %.18,19 Further, studies show the flu shot interferes with healthy immune response in children by hampering T-cell immunity and actually increases the risk for respiratory virus infections. While the flu shot has limited benefit, it may actually promote the disease it pretends to protect against. The flu shot was related to an increased influenza outbreak during the influenza pandemic between 2008 and 2009.

The HPV vaccine, truly unnecessary, has caused thousands of severe adverse reactions, paralysis and deaths. Cervical cancer is preventable in other ways that are less harmful and more effective. I am sure that the popular Gardasil slogan: “one less” was not meant to mean one less girl … but in reality this vaccine seems to do a much better job of destroying girls lives than preventing cervical cancer.

In our practice, we strive to create a welcoming environment where everyone can feel heard, accepted and cared for no matter where they stand on the topic of vaccines. We provide resources for further education and help our patients make truly informed decisions about their own and their children’s health.

See this article with references and photos at Natural Awakenings Magazine.

Background: Dr. Katia Meier received her M.D. at Johannes Gutenberg University and the University of North Dakota. She is Board certified in Anti-aging medicine and specialty trained in hormone replacement therapy. She worked in the hospital setting for eight years before opening Clear Sky Medical in 2007. 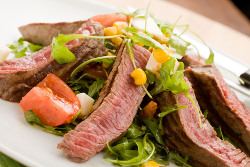 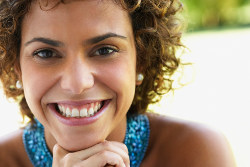 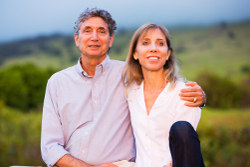